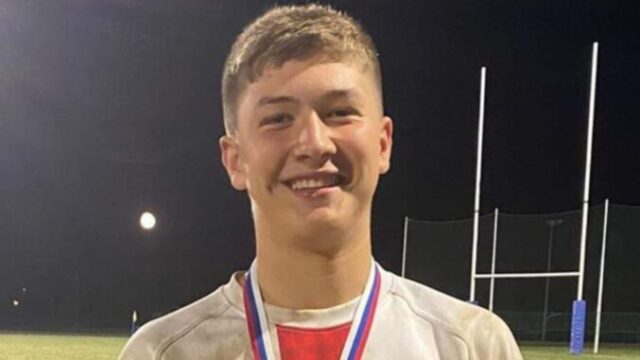 The Rugby Football League announced on Wednesday that the 18 year old from Cumbria had died suddenly. His club Salford Red Devils wrote on Twitter: “Everyone at Salford Red Devils are saddened to hear about the sudden passing of Logan Holgate.

Leicester Mercury reports: The Rugby Football League also joined his former club in offering emotional messages for the “talented hooker”. As reported by The Mirror, the cause of the teenager’s tragic passing are still unconfirmed.

As well as being on the age-group pathway at the Super League side, Holgate was also playing for Hensingham at the same time. Following the tragic news of his sudden passing, Salford offered a heartfelt tribute on social media, as well as sending out their support to Holgate’s family.

The Red Devils were joined in honouring Holgate by the RFL, who said they had been aware of his talent since 2021. As well as paying tribute to his “infectious attitude” and “lasting legacy”.

Their message read: “Everyone connected with the England Community Lions Programme was saddened to hear about the sudden passing of Logan Holgate on Wednesday 11th January.