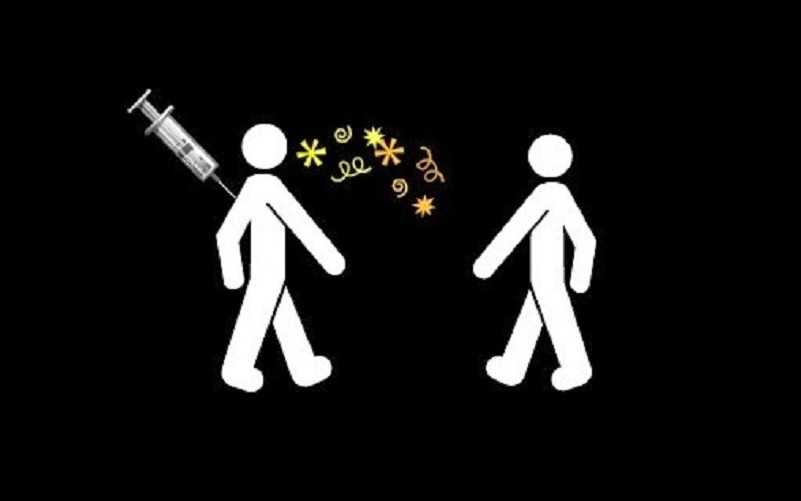 The researchers published their findings in the New England Journal of Medicine as well as a letter to the editor and appear to have tried to downplay the difference.

But as the data shows, the vaccinated were contagious longer than the unvaccinated, reports Thecountersignal.com .

In addition, five days later, only 6% of the unvaccinated participants were positive, compared to 22% and 7.5% of the vaccinated and boosted subjects, respectively.

It should be noted that the sample size was small, with only 66 subjects in total.

Yet that’s 66 more people than the government-funded study we wrote about in March , in which researcher Fisman used “modelling” (not real data) to “find” his desired conclusions.

dr. Byram Bridle has blamed Fisman for what Bridle said was a very flawed study – including the fact that Fisman failed to take into account the waning immunity provided by vaccines.

Of course, this hasn’t stopped politicians and mainstream media reporters from repeatedly referring to Fisman’s study.

When that study came out, more than a dozen media outlets patched her up for a day to scare the public about the risks of “mixing” with unvaccinated people.

In addition, a Liberal MP referred to the shady study last month when he justified continued discrimination against unvaccinated people entering Canada.

Unfortunately, it is safe to assume that this latest study, which contradicts Fisman’s, will be ignored. The big media and liberal politicians will continue to refer to “science” as if they weren’t arbitrarily choosing which science fits into their political agenda—and which science contradicts it.

The Vaccinated Now Account For A Majority Of COVID Deaths