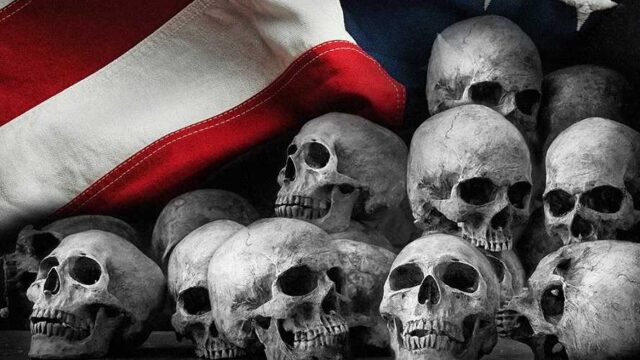 In the first two and a half years of the coronavirus (COVID-19), there have been about 150,000 additional deaths among Americans under the age of 45. Half of these deaths, we now know, have occurred in the last year since the “vaccines” were introduced as part of Operation Warp Speed, writes Ethan Huff .

Why are so many people dying, you may ask? The answer is certainly not because of “COVID”. Prior to the jab, those additional deaths likely came from the trauma and terror of lockdowns, mask mandates and forced societal collapse. The rest came from the injections.

“Whether you blame the collateral damage from past interventions or the mRNA mass experiment, it’s a tragic, indisputable fact that young Americans are dying at a much higher rate of late than before in the COVID epidemic,” writes Smalley.

“I’m just curious. If you’ve lost a young relative in America, aren’t you curious too? Nearly 4 million life years have been lost since the start of the mRNA experiment. How does that compare to the COVID life years lost before that date?”

The “virus” was never the problem

Just two months after Donald Trump unleashed “Operation Warp Speed” on the world, some 1,200 above-average deaths in the under-25 age group have already been reported in the United States.

Do not forget that the young people under 25 had not even received the green light for vaccination at that time. Around that time, the government would start urging younger people to get vaccinated, leading to an even greater increase in deaths in the coming months.

The pharmaceutical industry, along with the military-industrial complex known as our government, was quick to blame new “variants” of the COVID flu for this increase in deaths.

First it was Delta, then Omicron (or Moronic if you rearrange the letters as an anagram), and now they’re “sub-variants” of the two – and it’ll probably go on for a while.

What you will never hear is that all these made-up deaths from variants and subvariants are really just deaths from the COVID-19 flu vaccine under a different name.

It is also important to note that before the introduction of vaccinations, most of the deaths among young people occurred during the period of government-imposed COVID measures – meaning the alleged “virus” is not to blame.

“The number of deaths increases more after COVID (government) measures than with the apparent emergence of a new pathogen,” according to the Exposé.

“The death rate is rising more in the wake of the massive mRNA experiment than with the alleged emergence of a new pathogen, despite claims that the medical procedure is safe and effective.”

In the comments, someone complained that too few people think it’s important to get to the bottom of this. It can be unpleasant, but it has to happen, said this person.

“Scotland rules out vaccination for newborn deaths without even testing for it, and nobody cares,” this person added. “What world do we live in?”

Trudeau Trembles With Fear as Dad Tells Him “My Boy Died From the Vaccine, F**k You!”

My microwave is too small to fit the microwave popcorn bag

Future digital travel documents with facial recognition are being tested in...