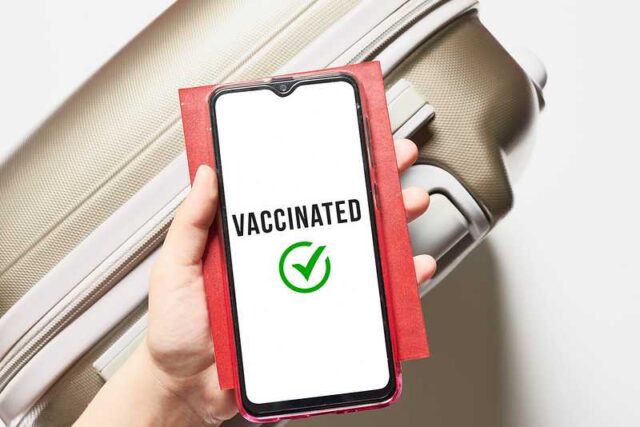 Early next year, a test will take place with a future digital travel document with facial recognition. The pilot project will take place on KLM flights from Canada to the Netherlands, according to a letter from Parliament, reports Uncutnews.ch .

“Travellers are asked to take a portrait of their face (selfie). This can then be compared to the photo stored in the passport chip. At this stage, facial recognition checks whether the person who creates the DTC (digital travel document, ed.) is also the rightful holder of the document,” the letter said.

“Which other previous pilot project does this remind me of?” asks FVD Member of Parliament Pepijn van Houwelingen. “Ah, now I remember, the ‘Known Traveler Digital Identity’ project of the World Economic Forum of course!”

This is a digital passport that can be extended with the covid vaccine passport. It is a partnership between the WEF, the Dutch government, the Canadian government, Air Canada, KLM and several airports, including Schiphol.

The aim of the project: “Create a new vision for the future of cross-border travel and develop a trusted, shared and mutually beneficial system that puts the traveler at the center”.

Earlier, Van Houwelingen had asked parliamentary questions about the project. The answers show that the Netherlands was asked to participate by the Canadian government and the WEF in January 2018 and that “the project management on the Dutch side has been assigned to the Ministry of Justice and Security.”

3 Kitchen Waste Hacks That Can Boost Your Health