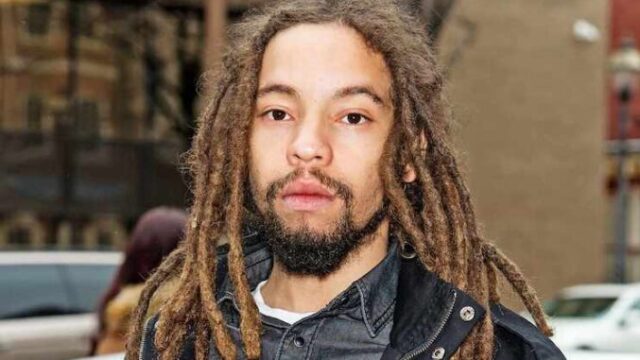 According to an announcement from streaming service TIDAL, Marley was found unresponsive in his car yesterday.

11 hours ago, WZPP shared on Instagram: “In sad news, Jo Mersa Marley, son of Stephen Marley, grandson of Bob Marley, has allegedly passed away today from an asthma attack.

“The WZPP family would like to send our deepest condolences to the Marley family during this difficult time.”

In another update that followed an hour later, they penned: “Update: Unfortunately, it has been confirmed that Jo Mersa Marley, son of Stephen Marley and grandson of Bob Marley, has passed away unexpectedly from an asthma attack.

“He was found in his vehicle earlier this morning. Known for his hit Burn It Down the reggae artist leaves behind his wife and daughter.

“We send our deepest condolences to the Marley family during this difficult time.”

Joseph, who was born on March 12, 1991, rose to fame with his memorable 2016 single Burn It Down, which also features his brother Yohan.

The singer-songwriter also released an EP titled Comfortable in 2014, and a debut album, Eternal, in 2021.

Jamaica’s minister of culture, gender, entertainment and sport led tributes to the late musician following the sad news of his death.

Olivia Grange wrote in a statement: “I am deeply saddened by the news that artiste Joseph Marley, son of Reggae star, Stephen Marley and grandson of Reggae super star, Bob Marley has died.

“I extend my deepest condolences to Stephen, Jo’s mom, Kerry, the Marleys and other family members.

“My heartfelt sympathies to Joseph’s friends and associates and to the Reggae music fraternity and  fans everywhere.

“His untimely passing at the young age of 31 [years old] is a huge loss to the music as we look to the next generation.

“May he find Eternal Peace as we mourn his loss during this season of goodwill when we celebrate with family and friends our love for each other.”

“The loss of a child is a devastating blow no parent should face, my condolences to Stephen [and] the entire family.”

WEF’s Harari Threatens Humanity: ‘You’ll Need To Relearn To See and Walk In the...