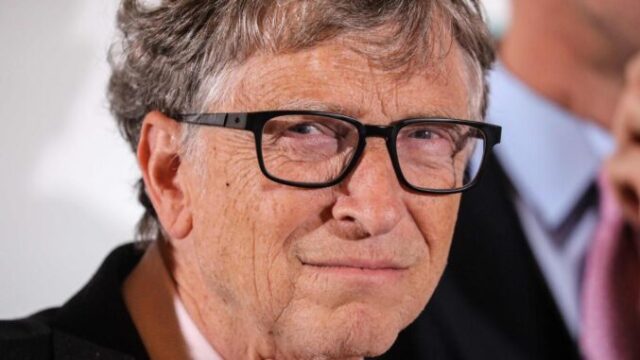 Globalist billionaire and pandemic whisperer Bill Gates has warned the world that the “next pandemic” is likely to be “man made” and “much more brutal than Covid.”

The self-appointed global health czar told an audience at the Lowy Institute in Sydney, Australia that the world must listen to his advice very carefully and follow his instructions to the letter, otherwise there will be economic carnage on a scale never seen before.

‘Compare the economic cost of being prepared for the next one to the cost of this one, over $US10trillion economic loss,’ he said.

‘With the pandemic we were foolish not to have the tools, the practice and global capacity to be on standby like we do with fire or earthquakes.’

‘Some of the things that stand out are that Australia and about seven other countries did population scale diagnostics early on and had quarantine policies,’ he said.

‘That meant you kept the level of infection low in that first year when there were no vaccines.’

Gates also praised the rise of China as a good thing for the “world order” and declared that a stable international order based on mutual political will is needed in order to deal with future pandemics.

‘The one thing that still hangs in the balance is will we have the global capacity and at the regional and country levels that would mean that when an (infectious disease) threat comes up we act in such a way that it doesn’t go global,’ Mr Gates said.

‘We need to be doing every five years a comprehensive exercise at both country and regional levels of pandemic preparedness and you need a global group that’s scoring everybody.’

Gates used the example of Africa as a region that has not received its fair share of Covid-19 vaccines and pledged to ensure they are vaccinated in future.

‘There is this huge failure of market capitalism to look at some of the needs of the poorest. Their voice in the marketplace is very small,’ he said.

‘You can literally save lives for $US1,000 and there isn’t much around that should be as fulfilling as that.’

However, Gates failed to mention that Covid-19 cases in Africa are the lowest in the world, while the continent remains almost entirely unvaccinated.

Gates Says China’s Rise Is Good For the World Order

He also said US policy, and by extension Australia’s, towards China needed a more conciliatory and cooperative political approach in tackling major problems such as climate change.

‘I see China’s rise as a huge win for the world … the current mentality of the US to China, and which is reciprocated, is kind of a lose-lose mentality’.

‘That could be very self-fulfilling in a very negative way’.

The Real Dangers of Cracked Heels